Visit by His Royal Highness The Earl of Wessex to Eastwood High School, East Renfrewshire on 23 November 2015

Staff and pupils at Eastwood High School, Newton Mearns and some of those involved with the Duke of Edinburgh (DofE) Scheme locally were delighted to welcome HRH The Earl of Wessex to the School on 23 November 2015. Escorted by the Lord-Lieutenant and Mr Stuart Maxwell, Head Teacher, His Royal Highness toured the school during which he watched pupils rehearsing a play in the Drama Studio, saw art and design work of pupils studying for their Advanced Higher qualification and met the Head Girl and Head Boy.

The Earl of Wessex also spent time with other pupils, staff and local DoE participants who spoke to him about activities they are involved in and their experiences of the Award. His Royal Highness heard first-hand from young people who were set to complete a DoE Gold Expedition in 2016 by climbing North Africa’s highest mountain, Mount Toubkal.

During the morning The Earl of Wessex also presented DofE Gold Award badges and Silver Award badges and certificates to a number of pupils who had been supported to gain their Awards by East Renfrewshire Council’s Young Person’s Services Team.

East Renfrewshire’s Convener for Education and Equalities, Councillor Elaine Green, said that the School was delighted to welcome His Royal Highness, and show him around. The Convener for Community Services and Community Safety, Councillor Mary Montague, also highlighted that each DofE Award gained marked a wonderful achievement. 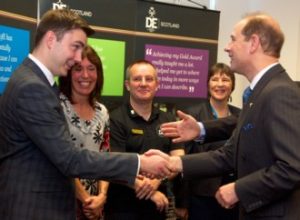 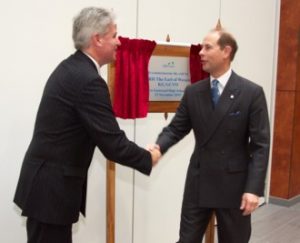 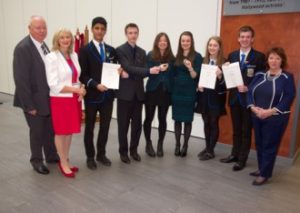 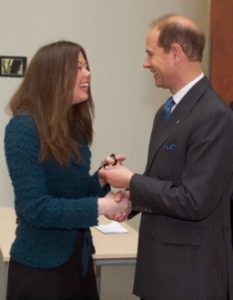 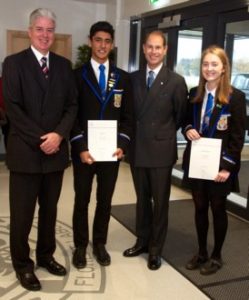 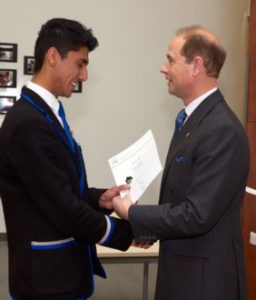