Honours lists are published twice a year at New Year and in early June on the date of the Queen’s Official Birthday. Anyone can receive an award if they reach the required standard of merit or service. Honours lists contain a wide variety of people from different backgrounds, communities and organisations. 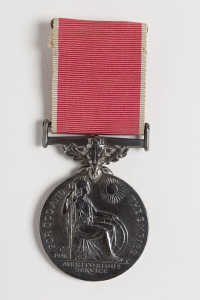 Whether someone gets an honour – and the honour they get – is decided by an honours committee. The committee’s recommendations go to the Prime Minister and then to the Queen, who awards the honour.

Do you know somebody who deserves to be recognised for the work they do in the community?

Any member of the public may nominate a person for a National Honour – be it a colleague, volunteer, teacher etc. The Lord-Lieutenant would like to encourage members of the public to put forward nominations.

The Lieutenancy is by no means the sole agency which supports nominations for honours but every effort will be made to assist members of the public who wish to nominate someone.

It is also vitally important that we know about the great work people are doing across the Lieutenancy, particularly in the voluntary sector. The information we receive also helps in making recommendations for invitations to the Royal Garden Party held each summer at the Palace of Holyroodhouse, Edinburgh.

How do you nominate someone for an Honour?

You may submit a nomination at any time, and receipt of your nomination will be acknowledged, but thereafter it is not possible to provide any further information or progress reports on your nomination.

It is not necessary to nominate someone for a specific honour – the level of award is decided by the honours committee. It should be noted that nominations can take up to three years to be considered. Forms are available below or from the Clerk to the Lieutenancy.

Please click on the link below to download a Nomination Form and the Guidance Notes. This will also provide information about making a nomination online.