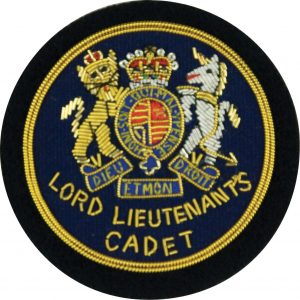 Lord-Lieutenant’s Cadets are appointed annually by the Lord-Lieutenant, in conjunction with Lowland Reserve Forces and Cadets Association, from one or more of the three Service Cadet organisations. They take up their appointment on Armed Forces Day each year and normally serve for one year. Lord-Lieutenant’s Cadets will have already demonstrated high levels of achievement and that they are excellent ambassadors of the services cadet movement.

These duties can be on any occasion the Lord-Lieutenant is representing Her Majesty the Queen in the local community and there is an opportunity to advertise and give some visibility to everything that is good about the cadet movement and the contribution that it makes to society. Above all, it is an opportunity to showcase the valuable knowledge, skills and experience that young people gain from their service as cadets.

There are in all 15 service cadet detachments within the Renfrewshire Lieutenancy made up as follows:

2 detachments of the Sea Cadet Corps

10 detachmets of the Army Cadet Force

4 detachments of the Air Training Corps

The following Lord-Lieutenant’s Cadets took up their appointments on Armed Forces Day in June 2019: