A brief history of the Lieutenancies

Although Lieutenants were appointed to a few counties in Scotland from about 1715, it was not until 1794 that a Royal Warrant ordered the development of volunteer forces for the defence of the country and permanent lieutenancies were established. Forces were based in each County led by a Lord-Lieutenant who was appointed by the Sovereign and who in turn appointed Deputies. The duties included provision for the protection of their counties in the event of invasion, threat or civil uprising. They directed volunteer forces and, after the 1797 Militia Act, were empowered to raise and command county militia units. After 1802 the Lord-Lieutenant was ex officio a member of the police committee and the local authority but the Local Government (Scotland) Act of 1889 abolished these functions and the role of lieutenancies gradually became largely ceremonial.

For further information on Lieutenancies in general please see: ‘The Lord-Lieutenants and their Deputies’ by Miles Jebb published by Phillimore. 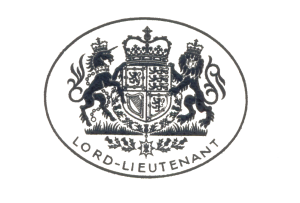