HRH The Princess Royal visited Glasgow Airport on July 8 2016 almost 50 years to the day Her Majesty Queen Elizabeth II officially opened the Airport in 1956. On her arrival Her Royal Highness heard a musical performance by the Royal Marine Band at the International Arrivals area, where she was received by Her Majesty’s Lord-Lieutenant for Renfrewshire, Mr Guy Clark, and Glasgow Airport’s Managing Director Amanda McMillan OBE.

During an extensive tour of the main Airport Terminal, The Princess Royal met various dignitaries, guests and members of staff as well as previous employees who had worked at the Airport when it first opened including Mr John Clow the Air Traffic Controller on its first day of operations in 1966.
Representatives of local community groups and charities which have benefitted from Glasgow Airport’s Flightpath Fund, including Drumchapel Table Tennis Club and Paisley Thread Mill, as well as the Chair and representatives of Glasgow Airport’s Flightpath Fund Committee were amongst many presented to The Princess Royal. Others presented included representatives of Glasgow Airport’s Consultative and Airline Operating Committees, Check-in Staff, the Passenger Special Assistance Team and those involved in security.

Members of the Glasgow Philharmonic Choir performed a version of ‘Caledonia’ and The Princess Royal heard an accordion piece specially composed for the Anniversary ‘Glasgow Airport – 50 Golden Years’ and met the composer, Mr John Burns, before unveiling a special plaque to mark the Anniversary. The tour culminated in a visit to the Airfield Operations Tower to hear about operational issues coordinated there, meet those working there and view a low-level flypast by two Royal Air Force Hawk jets. 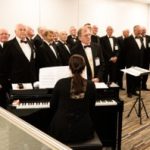 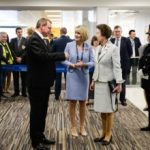 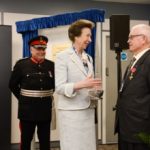 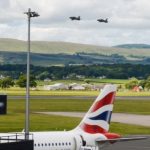 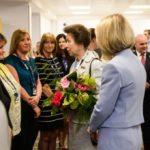 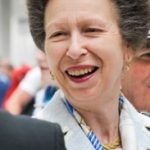 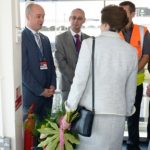 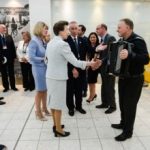 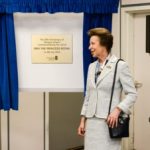 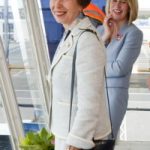 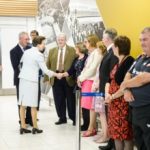