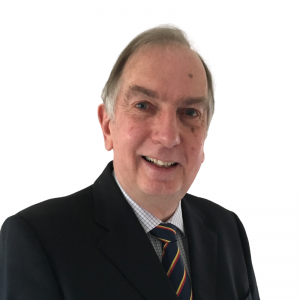 HM The Queen appointed Colonel Peter McCarthy as Her Majesty’s Lord-Lieutenant for Renfrewshire in March 2019 on the retiral of Mr Guy Clark CVO JP.

Colonel McCarthy was born in 1953 and was educated at John Fisher School, Purley and Welbeck College. He was commissioned into the Royal Electrical and Mechanical Engineers (REME) in 1973, with whom he had a 30 year career in engineering, including service in Germany and Northern Ireland.

Upon leaving the Army in 2004 he became an Operations Director with the British Red Cross in Glasgow, responsible for services in South West Scotland. Later he moved into a role, supporting Red Cross operations in the UK and abroad until his retirement in 2015.

He has served on the Master Court of the Incorporation of Hammermen of Glasgow, and as a trustee of the Trades House of Glasgow. He is a Vice President of the REME Association Branch in Scotland, as well as being Patron of a local Army Cadet detachment, along with a number of other honorary positions.

He married Jean in 1982 who is from Greenock and they have 3 sons.

As Lord-Lieutenant, he is responsible for arrangements for Royal Visits to the area, and represents Her Majesty when called to do so. He is closely associated with the West Lowland Army Cadet Force and the Reserve Forces and Cadets Association. Colonel McCarthy also takes an interest in all aspects of life in his area, including education, commerce, industry, the Armed Forces and voluntary organisations