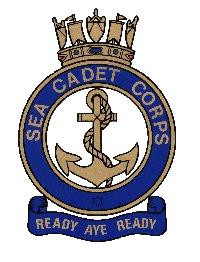 A prestigious Presentation Evening hosted by Greenock and District Sea Cadets was attended by the Lord-Lieutenant and his wife on Monday 30 September 2019. The evening was run along traditional lines, with the Lord-Lieutenant being greeted by a Guard of Honour followed by the customary Colours ceremony and an inspection of the cadets on parade.

A number of impressive demonstrations of Sea Cadet activities followed, including leadership drill and seamanship. A number of awards were then presented before proceedings were concluded with the Evening Colours ceremony. Amongst the awards presented by the Lord-Lieutenant was the Sea Cadet Corps Burgee for 2019, only awarded to those top units who achieve better than 80% across the board in all Sea Cadet activities.

In addressing parents and other guests, the Lord-Lieutenant congratulated everyone who had received an award, marking their commitment and progress as Sea Cadets. He also paid particular tribute to all of the ongoing dedication and hard work from Lt Cdr Jim Hearl, Commanding Officer Greenock Sea Cadets and all of the adult instructors who make all of this possible, as well as acknowledging all of the very considerable support and encouragement received from parents. 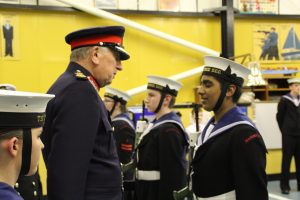 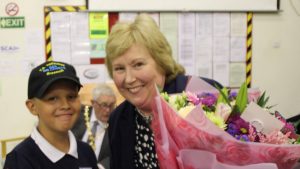 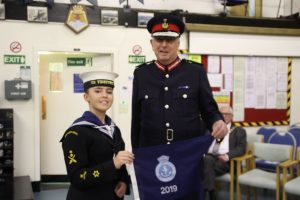